A couple talks to their advisor. Having paid tax all their lives they want their family to benefit fully from their estate. They ask if they should be concerned about inheritance tax (IHT). The advisor knows their estate is under the threshold for IHT and says “No”. Their children are also below the IHT threshold but when they receive the money from their parent’s estate it causes IHT to be payable. While the tax is paid from the children’s estates it is the parent’s money on which the tax is being paid.

I wrote an article for ‘Personal Finance Professional’ magazine where this exact scenario resulted in tax payable of £440,000. You can download the article further down this page. You will also discover how the problem can be avoided, easily and cost effectively.

CALL OUR HELPLINE TODAY FOR AN INITIAL CONSULTATION ENTIRELY FREE OF CHARGE
HELPLINE: 01373 471 117
We have been very impressed by your motivation to giving a quality service.
Mr and Mrs C
Thank you for your attention and the excellent way in which you have handled this matter on our behalf.
Mr and Mrs W

Are You Making This Tax Planning Mistake?

Not everyone is aware that inheritance tax may be paid on assets even where an estate is under the threshold. That is because the estate may, when passed on to the next generation, either cause IHT to be payable on their estates or, if the beneficiaries are already liable to IHT, increase the amount payable. However, while the additional tax is paid from the children’s estates it is really the parent’s money on which the additional tax is payable and where a solution can effectively be applied.

Also, where inheritance tax is payable on an estate people often don’t consider that it may not be the total extent of the tax HMRC take. That is because, as explained above, once it is part of a beneficiary’s estates tax will be calculated again. Their spouse is probably also due an inheritance which may push their joint estate into the IHT trap even if you think there won’t be a problem. So even where tax has already been paid it may become taxable again. And at 40% again.

There is a solution often used by well informed families who take wealth and asset protection seriously. Not everyone knows about it but it is tried, it is tested, it is not expensive. And it works.

It may be very much worth your while to read the rest of this page. You can also download a copy of our booklet “Tax Planning: Essential Reading” from the link below or simply call our Helpline for a free initial consultation to see if this is something that may be appropriate for you.

You may download our “Tax Planning: Essential Reading” booklet by clicking the button below.

Discover More
So What Is The Solution?

What if your beneficiaries had the opportunity to take their inheritance without it becoming part of their estate so it couldn’t be taxed again? What if the money could be held in a special trust that enjoyed much better capital tax treatment? Say, a ten yearly charge on everything above the threshold at a maximum rate of 6%?

What if beneficiaries could take their inheritance from that trust as a loan? That loan would be a debt to be repaid back to the trust at their death, their inheritance never having been part of their estate during their lifetime – even though they have had the money. Then it couldn’t be re-taxed at their death. What if the trust lasted for 125 years so the same thing can be done over more than one generation?

What if, while the trust is running, the trustees (who could be the family beneficiaries themselves) had the power to set up further trusts and to also dictate the terms of those trusts so that if changes in the law meant that the trust set up from the Will was no longer tax efficient then they might have a chance to transfer the money into another type of trust if that would be more helpful? Would that be a good thing do you think? If the Trustees could set up a separate trust for a beneficiary’s children then that, too, might be very helpful.

We have just described some major benefits of a Flexible Life Interest Trust in your Will.

The beneficiaries can take their inheritance, spend it, then pay it back to the Trust incurring no inheritance tax liability.

They have had their cake, they have eaten it and returned it to the cake tin to be eaten again by their children and their children’s children. The Trust can last up to 125 years giving plenty of scope to save tax for the family.

How Can This Be Arranged?

Special provisions can be set up in the Will of each spouse/partner so that separate independent Trusts can be set up from their individual estates. The separate Trusts each have their own tax threshold which will maximise the tax savings. The trusts give your family the opportunity to act on appropriate professional advice in order to plan the distribution of family wealth as effectively as possible. Your beneficiaries then have the opportunity to monitor their personal inheritance tax liability and to take their inheritance as a loan or series of loans to be repaid back into the trust at their death (effectively passing the benefits of the Trust to yet another generation).

The Trustees Can Be Given Special Powers 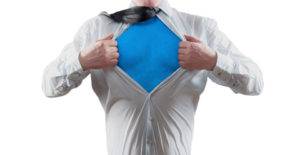 The Trustees would have the power to set up a different Trust or Trusts, dictate the terms of those Trusts and then transfer the funds into them if legislative changes made the original Trusts less effective. This could be done for one or all of the beneficiaries or a beneficiary’s share could simply be given to them if the circumstances of that particular family did not require a Trust. If a beneficiary had set up their own family Trust then that beneficiary’s share could be transferred into it.

The trust would also help ring-fence a beneficiary’s inheritance against possible divorce or bankruptcy. This is possible because the benefit of a discretionary trust with multiple potential beneficiaries is that not one penny forms part of the personal estate of any individual. Even money they arrange to receive from the Trust is not part of their estate if it is granted as a loan.

It is an incredibly flexible arrangement due to the powers granted to the Trustees under the special Trust terms. And it can be included in any Will.

125 Year's Worth of Protection! 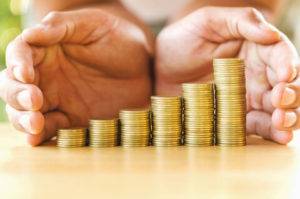 The trust can run for up to 125 years but can be terminated at any time if appropriate. Trustees have the power to appoint other trustees and that power should be used to appoint those who will carry on the trust. It is often appropriate to appoint beneficiaries.

The beneficiaries will, ultimately, be separate households whose situations and goals may differ. It may cease to be appropriate for there to be a single trust for all beneficiaries especially when it comes to the trust passing to a further generation. The authority given by the trust for trustees to set up further trusts and to determine the nature and terms of those trusts allows alternative trust arrangements to be used if either legislation, taxation or the circumstances of the beneficiaries change sufficiently to warrant it. This can be a major advantage.

The trust allows advantage to be obtained depending on the actions taken under its flexibilities. Any inflexible solution may prove to be inappropriate and costly. Instead, flexibility is what is needed because we really don’t know what the future will bring. It is essential that advice is sought following death when setting up the trust and that all arrangements are regularly reviewed. The savings can be substantial.

A Summary of Some of The Advantages of the Trust:
You may download our "Tax Planning: Essential Reading” booklet by clicking the button below
Discover More

CALL OUR HELPLINE TODAY FOR AN INITIAL CONSULTATION ENTIRELY FREE OF CHARGE
HELPLINE: 01373 471 117